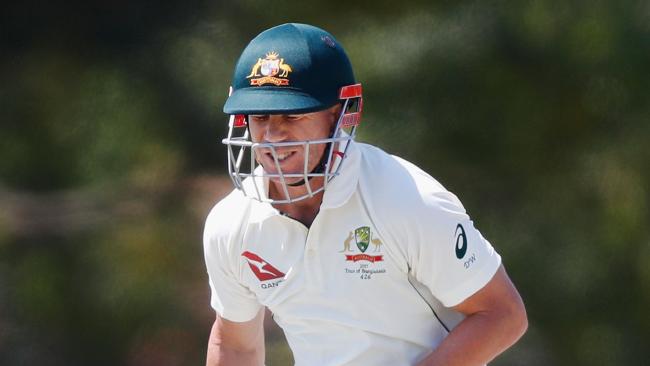 Warner Retires Hurt After Being Hit By Bouncer

Australia Vice-Captain David Warner has been cleared of concussion after being struck on the side of the neck by a Josh Hazlewood bouncer while batting in Australia's intra-squad practice match in Darwin on Tuesday.

Warner was forced to retire hurt on 2 after he missed an attempted hook shot and was struck on the neck.

Warner briefly fell to the ground but immediately got to his feet and was able to leave the field unaided, before being assessed by team Doctor Richard saw and having ice applied.

Australia are playing a three-day practice match, between a David Warner XI and a Steven Smith XI, in Darwin, ahead of their test tour of Bangladesh.

Although Warner passed a concussion test, his participation on the final day of the match was likely to be determined only on Wednesday morning.