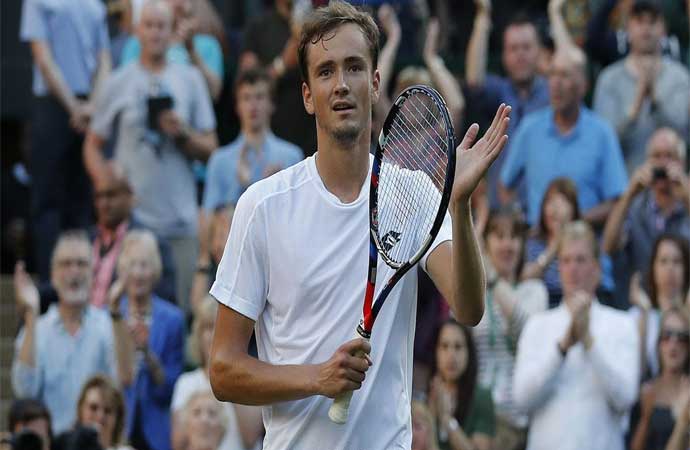 Fifth Seed Stan Wawrinka Knocks Out By Daniil Medvedev In Day One Of Wimbledon 2017.

Wimbledon champion Andy Murray opened 2017 centre court action in style, motoring into the second round with a 6-1 6-4 6-2 win over Alexander Bublik.

The Kazakh was in the first round as a lucky loser from qualifying, but his good fortune ran out against the British top seed.

Earlier, three-time grand slam champion Stan Wawrinka crashed out of the tournament in the first round, suffering a shock defeat by Russian Daniil Medvedev.

Fifth-seed Wawrinka, ranked three in the world, looked well short of his best as the 21-year-old world number 49 Medvedev, playing in his first Wimbledon, triumphed 6-4 3-6 6-4 6-1.