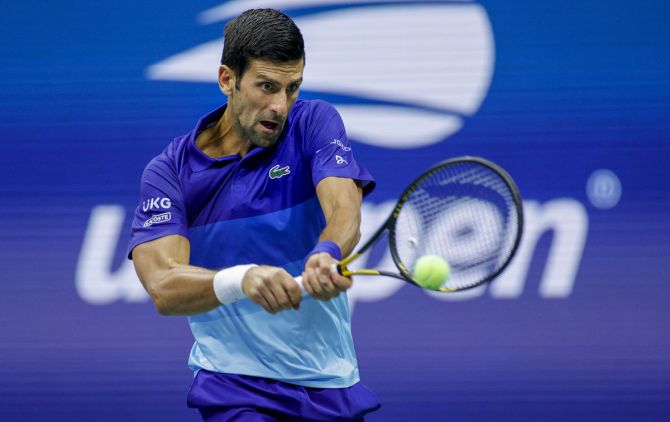 An out-of-sorts Novak Djokovic scraped his way to a 1-6 6-3 6-2 6-2 win over American Wildcard Jenson Brooksby to move into the U.S. Open quarter-finals and three wins from tennis immortality.

Losing the first set was the wake-up call Djokovic needed and he broke Brooksby at the first opportunity in the second set, letting out a mighty roar.

Djokovic would win the second but the 20-year-old American made him work for every bit of it, particularly in a grinding fifth game that lasted close to 20 minutes before Brooksby would get the break.

The last American man standing and coming off his first ever five-setter, Brooksby began to fade in the third, going down a double break as Djokovic finally began to dial in his game.

Leading 2-1, Djokovic continued to improve in the fourth and moved clear with a double break and offering zero break point opportunities to his opponent before sealing the win.