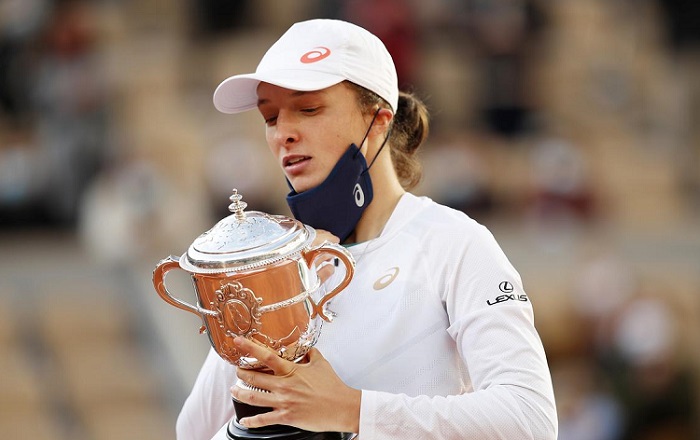 The 19-year-old, who did not drop a set throughout the Claycourt tournament, is the youngest winner since Monica Seles lifted the Suzanne Lenglen Cup in 1992.